Főoldal / Borvilág / Tokaj – The Progress and its Unforgettable Roots

Tokaj – The Progress and its Unforgettable Roots

Tokaj wine region is a stunning place for wine enthusiasts providing unique history, exciting geology and wide range of styles that cannot be explored based on supermarket or wine shop purchases. It is a place which must be visited to feel the elementary force of the traditional Tokaj wines, which are now persona non gratas, however it should be borne in mind that the new-wave Tokaj wines are rooted from their inheritage.
SUMMARY
Cultivated area: Approx. 6,000 hectares
Grape varieties: Furmint (69%), Hárslevelű (18%), Yellow Muscat (9%), Zeta, Kövérszőlő, Kabar (together 4%)
Styles: Sweet (79% - of which 10 Aszú), Dry: 21%

HISTORICAL CURIOSITIES
Sauternes of Eastern Europe?
The botrytised Tokaji Aszú is quite often labelled as the Sauternes of Eastern Europe, however perhaps the phrase should be reversed and Sauternes should be called the Tokaji Aszú of France. The argument lies in history. In the 17th century, at the time when Don Perignon, the French Benedictine Monk invented Champagne, a Hungarian priest named Máté Szepsi Lackó was experimenting with raisinating grapes on the vines right in the middle of the Turkish invasion when Hungarians had to leave their territories. When locals returned late in the autumn, the berries were completely botrytised. The liquid that oozed from the berries tasted like honey. The priest decided to blend this nectar with previous year’s wine, hence the first Tokaji Aszú was invented. Not only does Aszú taste like honey, peach and walnut, but it is highly regarded as a medicine since botrytis has antibiotic effects similar to penicillin.
Oldest wineyard classification on Earth
Tokaj’s classification system dates back to 1707-1708 according to historical documents. In addition, in 1737, a royal decree defined which villages were allowed to use Tokaj name, establishing the first controlled appellation.
Vinum regnum, rex vinorum
The wine of kings and the king of wines – the legendary description of Louis XIV on Tokaji Aszú. The famous “Sun King” had an implicit alliance with Francis II Rákóczi, the Hungarian Imperial Prince who led the uprising against the Habsburgs, the key rivals of the Sun King in the War of the Spanish Succession. Rákóczi led the “Kuruc” troops against the “Labanc” who fought for the Habsburgs. The region played an important role during the uprising as it was the centre of the anti-Habsburg movements. The meaning of “Kuruc and Labanc” have varied substantially from their 18th century context. Kuruc can mean independently of political context, constant opposition, true Hungarian and traditionalist. Labanc indicates constant collaborator and sly opportunist.  This has a certain impact on winemaking styles that is discussed later.
GEOGRAPHICAL PECULIARITIES
Millions of years ago the area was covered by the Pannonian Sea which is responsible for the region’s versatile geographical picture. The underwater seismic activity created the porous volcanic rock that now determines the landscape in the higher sites producing very mineral wines. Moreover, at the best sites (located in Mád and Tállya villages) we can experience the weathering of igneous rocks to smectite such as bentonite, a mineral that is widely used in wineries as a fining agent due to their high cation exchange capacity and water absorbency. These features are also useful in viticulture in order to supply the vines with water and minerals. On lower-lying sites loess and other different sedimentary soils cover the bedrock. Approaching the banks of the Bodrog river, which flows along the eastern edge of the region, sandy soils can be found, especially at Tokaj, that is the main city of the region.
STYLES
Dry and sweet offers
Although Tokaj is mainly known for sweet white wines it increasingly focuses on high quality dry whites. The leading dry variety is Furmint, which can be fermented to distinctive fine wines. The key feature of Furmint is its bright acidity and minerality that together provide extra power, in addition to its pungent aromas that range from apple and pear through to tropical fruits such as pineapple and mango. Furmint is rich, oak-friendly and has a good ability to age, especially if it is grown on igneous rocks. Hárslevelű (the second variety) is a great companion of Furmint as it easily pleases those who prefer a more popular but still sophisticated style with its lighter, more aromatic features, especially if it is grown on loess. Yellow Muscat (the third variety) is the understated version of Muscat Ottonel with bright acidity and tight structure. If the three main varieties are blended with botrytised berries the product is called Szamorodni, which means in Polish “as it was grown” referring to no intervention such as separation of grape varieties and botrytised berries. A wide spectrum of sweetness level is available ranging from semi-dry wines to dessert wines such as Aszú or Eszencia (thick liquid produced in botrytised berries) on top. All in all, any serious wine enthusiast can bring friends to Tokaj as everybody finds a variety or sweetness level that pleases their taste buds.
Kuruc versus Labanc
Traces of Kuruc-Labanc opposition can still be detected in winemaking, especially since large international wine companies have appeared in the region. More and more small and middle-sized wineries are open to embrace new technologies and approaches, which has substantially changed the image of Tokaj wines in the last twenty years. There’s still a traditionalist style that can be called Kuruc, against the pragmatic, business-minded Labanc approach. Most wineries use mixed approaches, it is very rare to find a clear Kuruc or Labanc winery, however not impossible. It should be borne in mind that the region must be visited to have the opportunity to taste Kuruc style wines. One of the best examples for a Kuruc winery is József Kerékgyártó’s small run-down cellar in Erdőbénye, where in addition to the authentic old-style wines, very rare, long barrel-aged aszú and dry fordítás are also available. Fordítás means turning over, as the wine is made by pouring must on aszú dough already used to make aszú wine. The following table provides a brief summary on the key differences between Kuruc and Labanc styles.
Kuruc may seem old-fashioned, Labanc tends to be very similar to fashionable styles like Wachau Grüner Veltliner or icewine, however both styles are integral part of today’s Tokaj. Tasting both you feel the history and the progress on your taste buds.

KERÉKGYÁRTÓ JÓZSEF, TOKAJI ASZÚ SZÁRAZ FORDÍTÁS, 2011
Jozsef has no label, does not build a brand and does not sell humbugs about his wine. A simple man who honestly follows traditional winemaking. Fordítás (turning over) is a by-product when gross lees of Aszú are soaked in wine. Most fordítás are fake as they are sold as sweet wine. This real fordítás reminds me of a 5-puttony-aszú without sugar, bursting with botrytis, walnut in addition to its high extract and acidity. If you like aszú, but you prefer dry wine you can’t help falling in love with it. (90 pts)

KERÉKGYÁRTÓ JÓZSEF, MUSKOTÁLY, 2014
Interesting how bottle vs barrel aging can differ. I tasted 1st time this wine right from the barrel where it showed fresh, well-rounded features with a nice expression of aromatic muscat characters. 6-months-aging in my small garden cellar brought it in a dilapidated state where its sharp muscat nose has been baked, wood smells like those of neglected barrels. Palate is a remedy from the middle with recognisable muscat aromas along with bitter oak components and its tart-led lingering finish. (68 pts)
Labanc wines

HOLDVÖLGY, VISION DRY SELECTION, 2017
Typical Labanc-type dry Tokaj wine. Rather silent nose, expressing some tropical tones and a little pear in the distance. Abundant tropical flavours on the palate express the side-products of the cultured yeasts rather than the terroir indicating poor typicity. There's a little more emphasis on the booze than it should be dissecting the balance. Simple, expressive crowd-pleasing article. (80 pts)
Winelovers borok az olvasás mellé 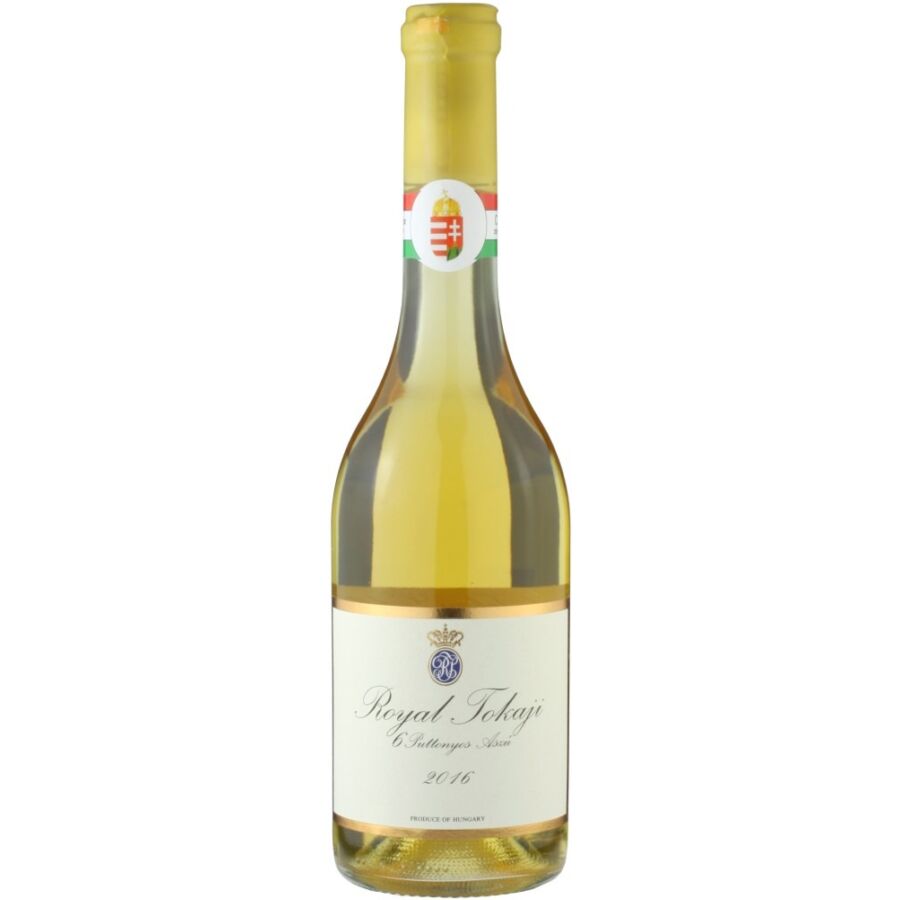 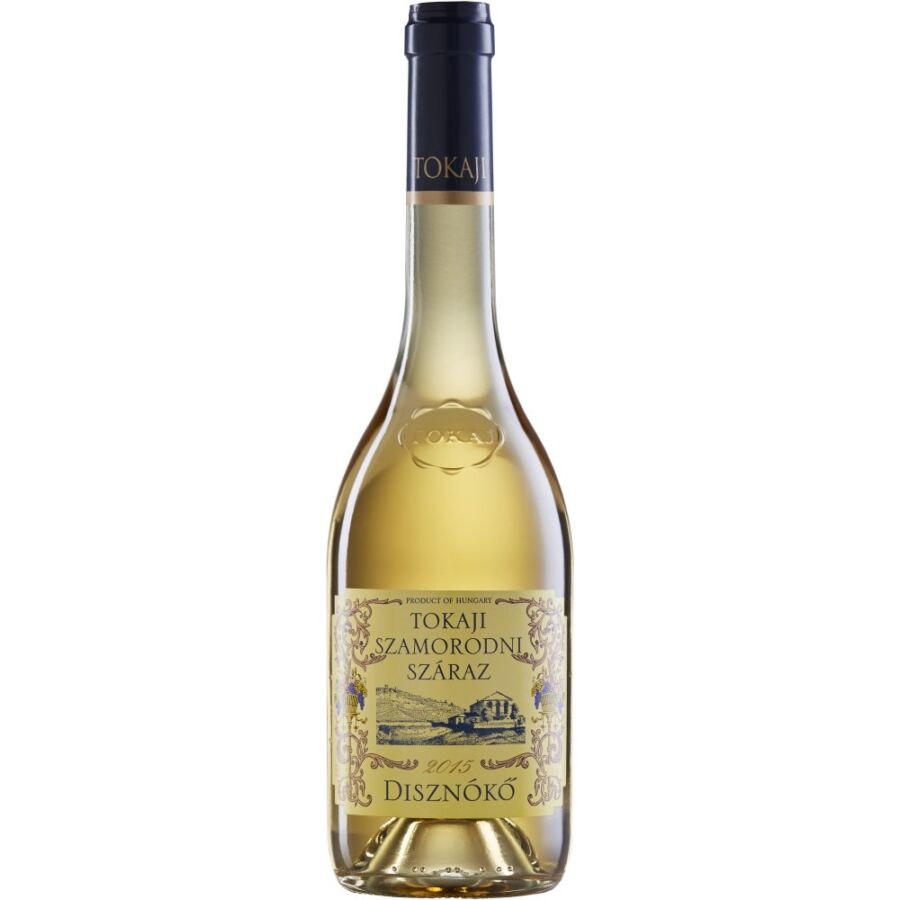 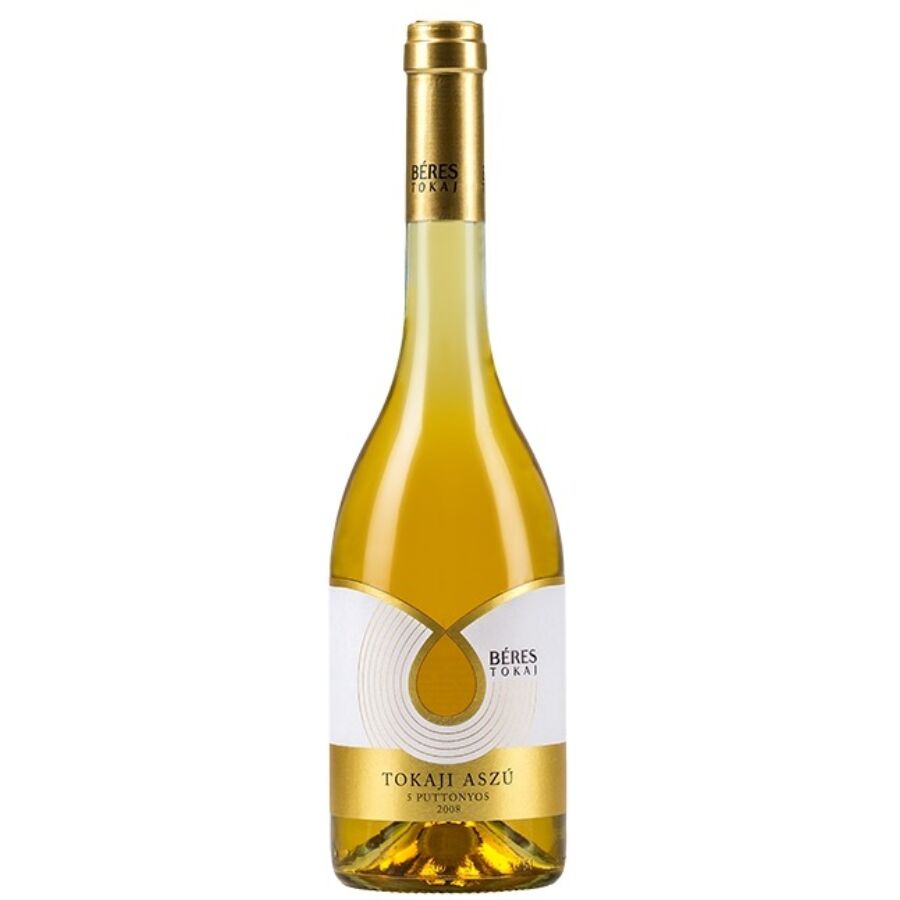 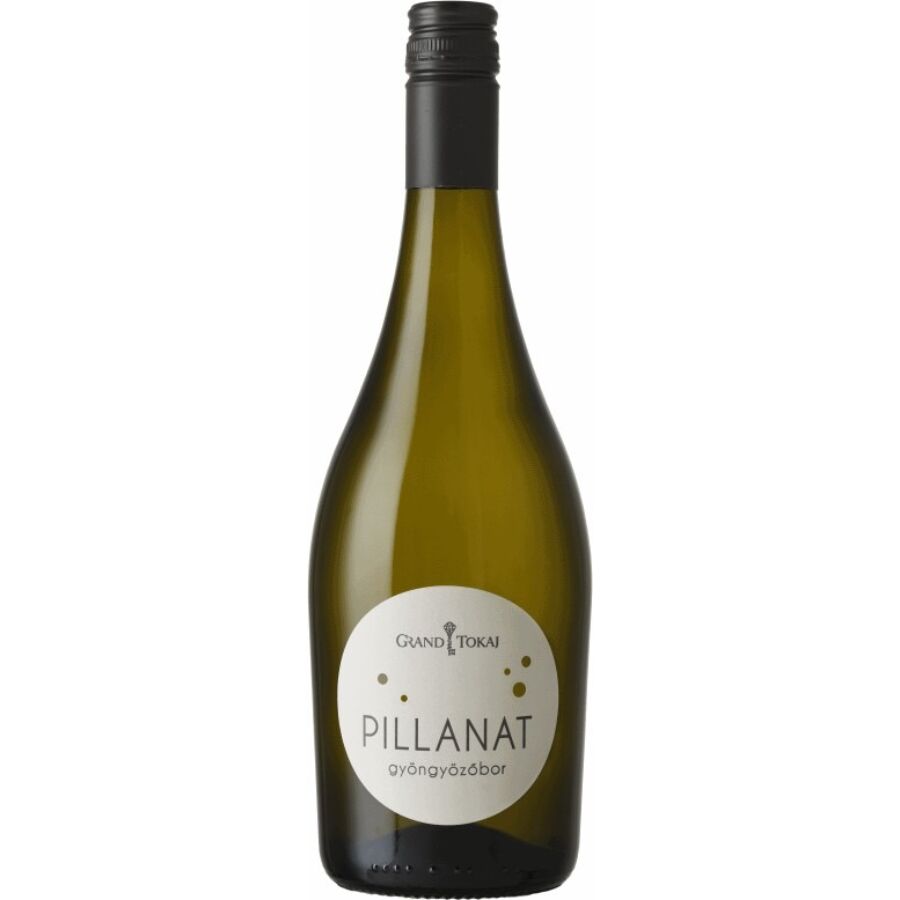 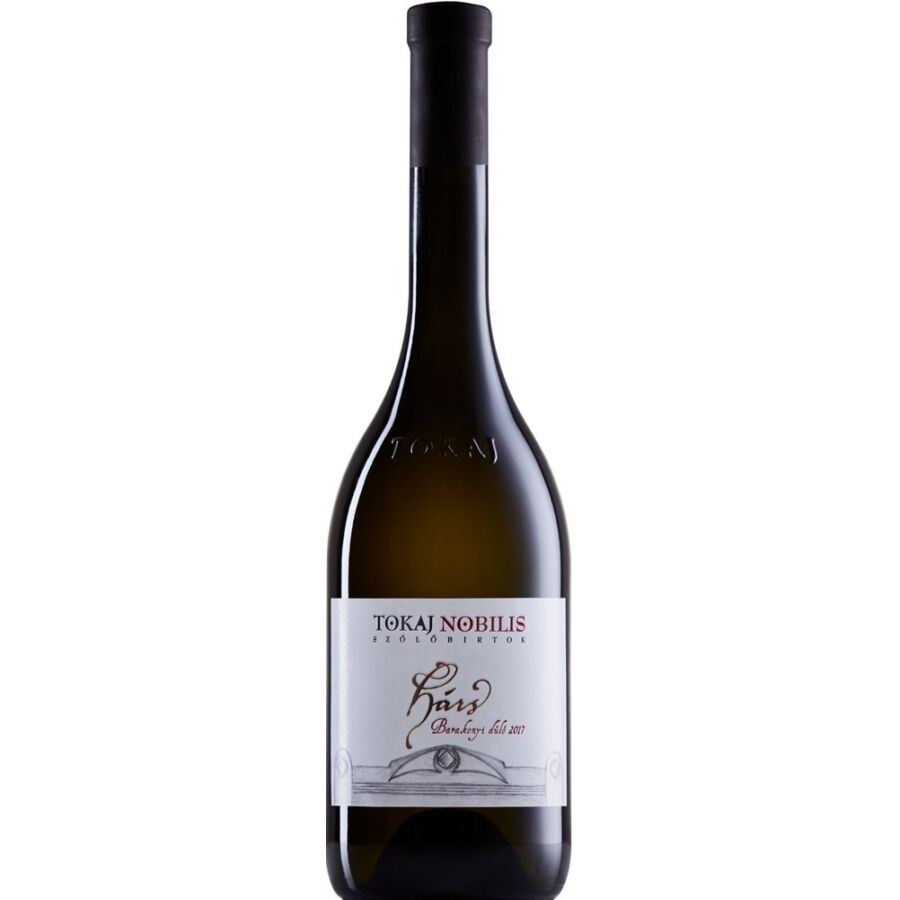 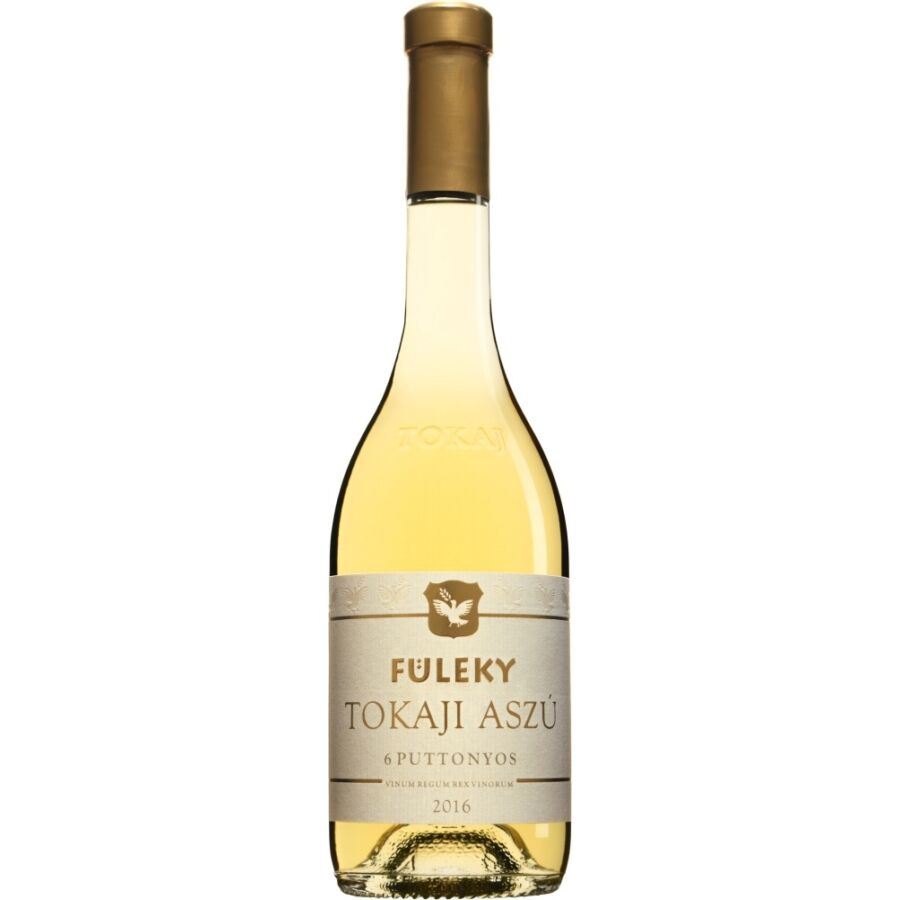 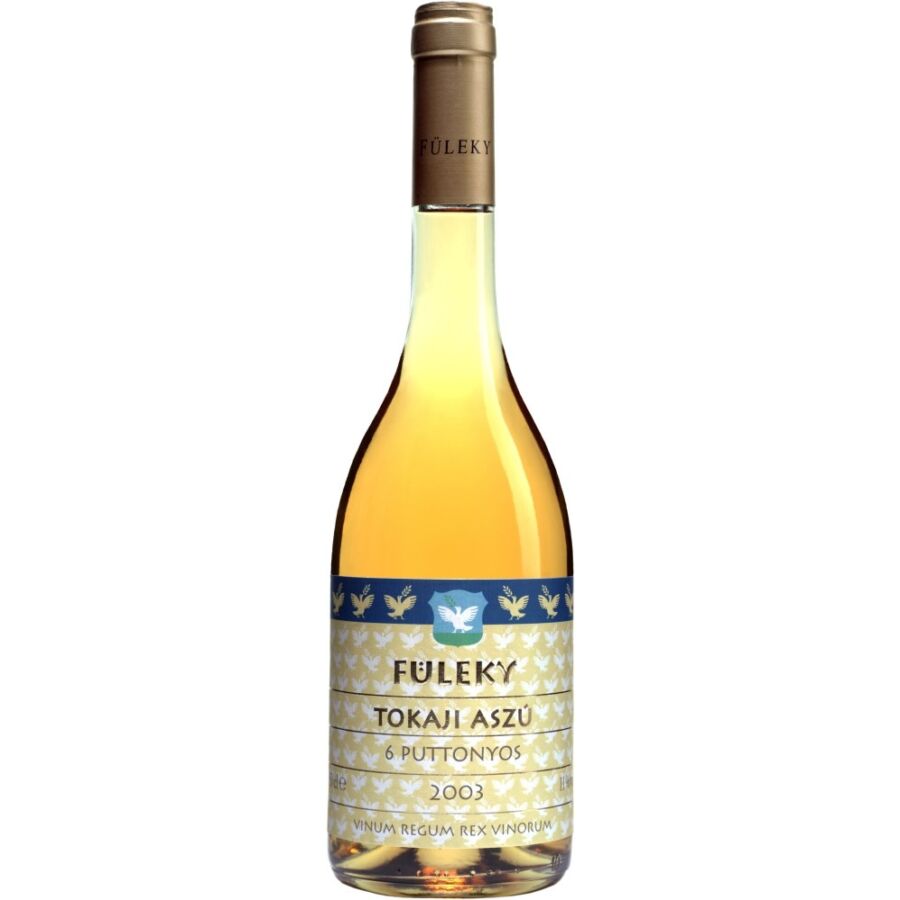 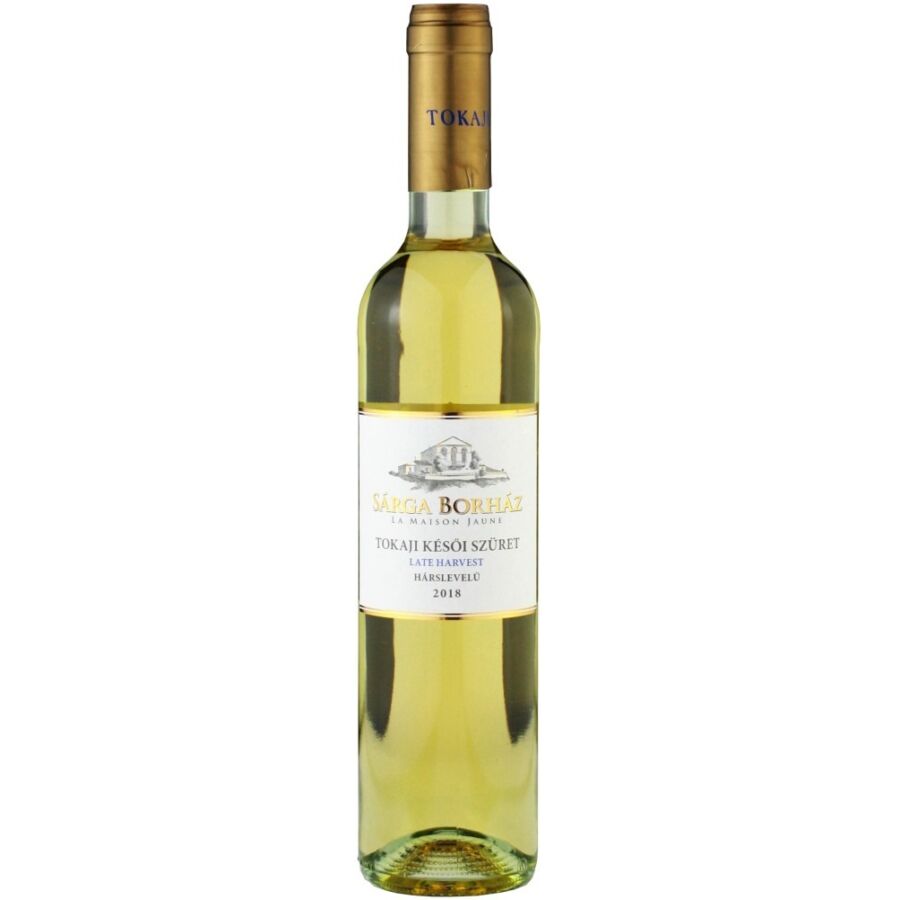 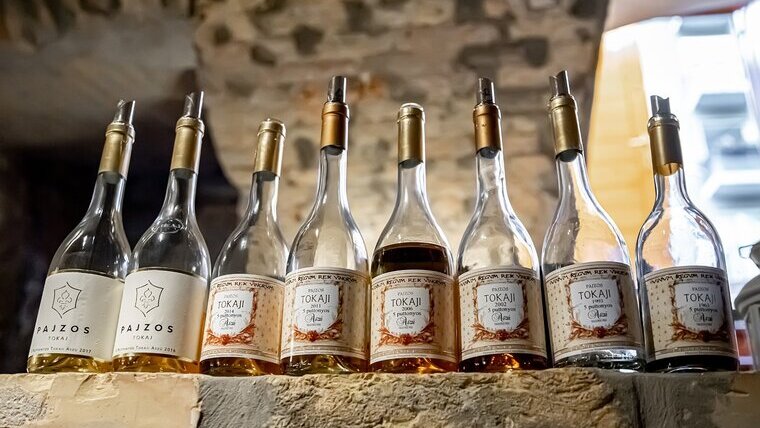 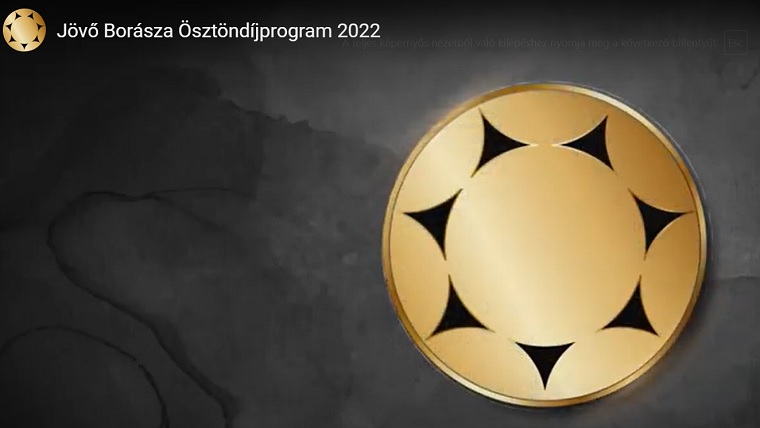 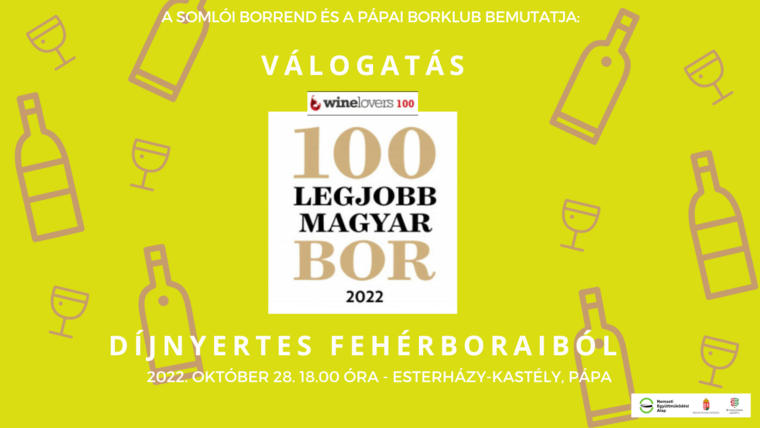 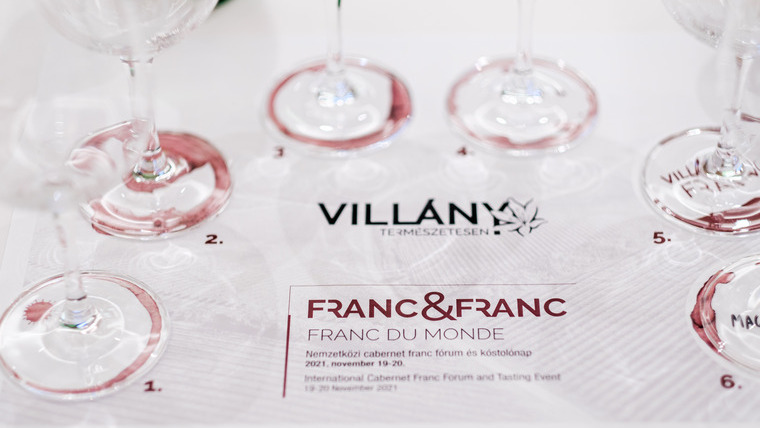